When Johnathan first met Derek he was in year 12 at school and had him as his Emergency Teacher that day. When Derek asked the class how they were feeling about the upcoming exams, most indicated they were a bit nervous. He was amazed with a breathing technique he taught the class which had him feeling calmer and clearer than he had in a long time. Johnathan had been looking for someone who not only got him but was able to assist him with practical tips and tools to manage his anxiety.

Derek seemed this person and so he spoke to his Mum about engaging Derek and his Mentor/Coach.

He is now feeling a lot happier, calmer and has found he is getting better results in his exams than he thought possible.

When Derek first met Andy, he was an executive who was tired of being tired, feeling unfulfilled in both his work and personal life. He was working very long hours, under a great deal of pressure from his work and from going through a difficult divorce. He was not eating, sleeping or thinking very well and was drinking way too much by his standards. Andy sought a male coach to help him get some clarity around a more meaningful and happier life. After 3 months, Andy was a changed man with a new lease on life, looking and feeling healthier, in a new relationship and playing sport again.

Derek has Coached and Mentored men and women from the Corporate Sector, Not for Profit, Self-Employed Business owners, Leaders and senior school students all wanting to have better health, relationships, purpose and meaning in life. Both mind, body and soul.

We are all whole and complete, full of greatness. Sometimes we just need that bit of help remembering who we are.

Derek is known as ‘The Whole Man Coach’

Derek comes to us from a lifelong diverse background of learning and living fully. From a Horticulture trade background then education as a TAFE Teacher, PE, Health and Outdoor Education Teacher, to corporate Health and Wellbeing Consultant, Trainer and Coach.

Some of the larger organisations Derek has made a difference for include:

Apart from Teaching qualifications, he has a Nationally accredited Diploma in Coaching and Leadership, is an Internationally accredited Neuro (Mindset) Coach with the ICF (International Coaching Federation) Derek is also a qualified Meditation Teacher, with Meditation Australia with further training in Eastern Philosophies & Practices through many years in Martial Arts training, Tai Chi and Qi Gong. He is a Mental Health First Aid Instructor and has completed Whole Food Medicine training with Don Tolman.

He’s an active contributor of two Men’s Circles which create safe spaces for men to be heard without judgement and the opportunity to self-explore how to become a better man in a confidential environment with other men who share similar challenges and aspirations.

Why Derek? – his lived experience is his unique advantage. An ordinary middle-aged Aussie bloke, who grew up in Melbourne. He belongs to a car club, craft beer club, golf club and former cricket and footy club. Has been divorced and has kids. He has suffered from depression a few years ago himself and has friends with several mental health conditions.

Derek is based in the Sunshine Coast now and travels widely, including back to Melbourne for training. He is available via Zoom, email, phone and occasionally face to face. 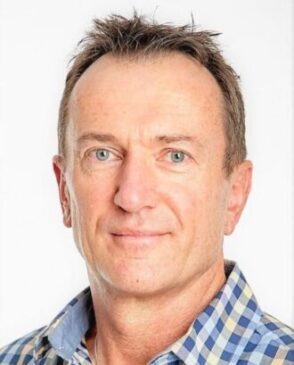 The benefits of working with Derek 1:1:

3-part Health and Wellbeing Program – for men (group settings, or 1:1)

Double Your Performance yet Halve Your Stress (group online workshop)